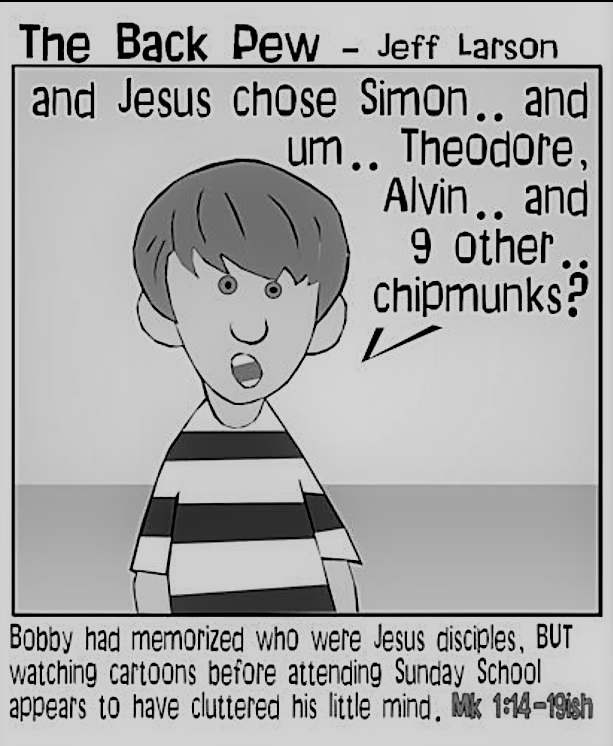 Isaiah 5:20 – Woe to those who call evil good and good evil, who put darkness for light and light for darkness, who put bitter for sweet and sweet for bitter. (NIV 1984)

Jack Ryan: You’re going to jail, pal!
Ritter: [seeing Ryan holding a piece of paper] What is that? What is it you think you have there?
Jack Ryan: You broke the law.
Ritter: You are such a Boy Scout! You see everything in black and white!
Jack Ryan: No, no, no! Not black and white Ritter, right and wrong!

Clear and Present Danger is a 1994 film based on the book of the same name by Tom Clancy.

2 Timothy 4:3 – I give you this charge: Preach the Word; be prepared in season and out of season; correct, rebuke and encourage—with great patience and careful instruction. For the time will come when men will not put up with sound doctrine. Instead, to suit their own desires, they will gather around them a great number of teachers to say what their itching ears want to hear. They will turn their ears away from the truth and turn aside to myths. But you, keep your head in all situations, endure hardship, do the work of an evangelist, discharge all the duties of your ministry. (NIV 1984)

Turner: Boy, what is it with you people? You think not getting caught in a lie is the same thing as telling the truth?

Three Days of the Condor is a 1975 film about a bookish CIA researcher who finds all his colleagues dead, and must outwit those responsible until he figures out who he can really trust.

John 18:37 – Jesus answered, “You are right in saying I am a king. In fact, for this reason I was born, and for this I came into the world, to testify to the truth. Everyone on the side of truth listens to me.” (NIV 1984)

Pontius Pilate: “What is truth?”

From the trial of Jesus Christ, circa 33 AD.

My Musings – If there was any time we needed
the truth, it is now.  Of course, we always need the truth, yet today, perhaps we can lament with Pontius Pilate, “What is truth?”  Even the sources we once considered reliable and trustworthy have become suspect.  Even some within the Church.  It would appear, as Paul warned Timothy above, the time that will come, has come.

We would not necessarily expect the world to recognize the truth, or readily accept the truth for that matter.  But within the Church it should be a different story.  Yet in increasing numbers and with increasing frequency, Christians are embracing the ways of the world, and forsaking the ways of the Word.  They have turned “away from the truth” and turned “aside to myths.” They are exchanging the truth for a lie.  The have given in to their “itching ears” and are following the chipmunk version of the “truth.”  They are unable to distinguish Simon Peter, James and John from Simon, Theodore and Alvin.  But more importantly what should be resulting in a transformed life is turning into a conformed lifestyle.

Some are doing this willingly and others are being deceived.  They have not spent enough time with the truth that they are able to recognize the counterfeits.  As a result, “casual Christians” are becoming “carnal Christians” and passing it off as the real deal. We blame the world and the times that we live in, but the responsibility is ours.

The “truth will set you free!“

3 thoughts on “What Is Truth?”