My Musings – Michael Jordan just may be the greatest all-around basketball player of all time.  But the one who played in his shadow, Scottie Pippin was no slouch either.  Babe Ruth is a baseball legend, but playing somewhat in his shadow was a pretty good baseball player in his own right, Lou Gehrig.  For several years, Aaron Rodgers stood patiently on the sidelines as back-up quarterback for the Green Bay Packers, waiting his turn to come out from the shadow of Brett Favre.  Many people (Barnabas, Titus, Silas, Timothy) labored alongside the Apostle Paul, largely in his shadow.  But for the person casting the shadow, many of these shadow dwellers may have shined brighter.

There are examples in the scriptures too. Verses that “hang-out” in the shadow of the better verse we all love to quote.  Here are three examples.

Standing in the shadows of that great promise for all who believe, is the condemnation for those who do not.

“For it is by grace you have been saved, through faith—and this not from yourselves, it is the gift of God— not by works, so that no one can boast. For we are God’s workmanship, created in Christ Jesus to do good works, which God prepared in advance for us to do.”  (Ephesians 2:8-10, NIV 1984).

Standing in the shadows of astounding proclamation of salvation by grace through faith alone is what God has prepared for those who take that step of faith.

“Do not be anxious about anything, but in everything, by prayer and petition, with thanksgiving, present your requests to God. And the peace of God, which transcends all understanding, will guard your hearts and your minds in Christ Jesus.  Finally, brothers, whatever is true, whatever is noble, whatever is right, whatever is pure, whatever is lovely, whatever is admirable—if anything is excellent or praiseworthy—think about such things.”  (Philippians 4:6-8, NIV 1984)

Standing in the shadows of  that precious promise of peace and guarded hearts and minds, are the instructions on how they are obtained.

There are, I am sure, many other examples I could cite.  But the point is, let’s not be satisfied with quotable “sound bites,” as marvelous as they are.  There is so much more we can learn in the surrounding context.  In many cases, what is obscured in the shadowy context, may reveal we’ve been applying the more well known verse improperly. 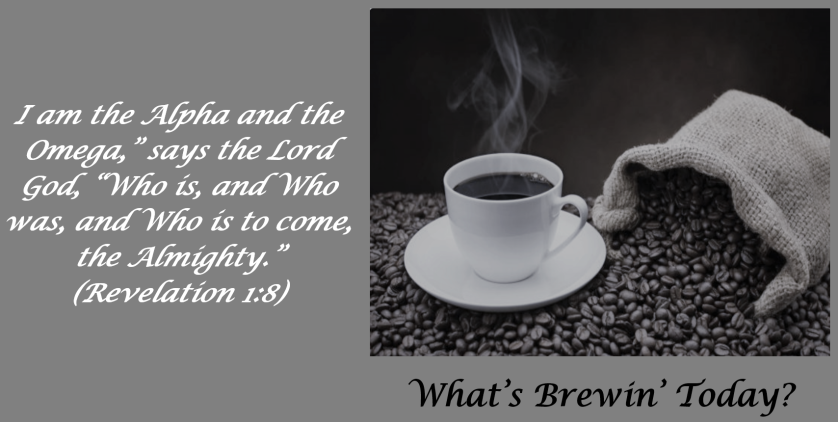 My Musings – The first few words of Genesis say the “In the beginning God…”  If I might interject, “in the beginning God“ was already there to create “the heavens and the earth.”  The unmoved mover, the uncreated transcendent being  – the Alpha.  In the first few verses of Revelation God goes on to state that He is also the Omega.  When these heavens and earth come to an end and are made new He is still there.  He had no beginning and will have no end.  “Who is, and Who was, and Who is to come.”  In other words “I AM.“

In Exodus, Moses asked who he should say sent him, and God told Him to say “I AM.”  When Jesus came the first time and was put on trial before Pilate, He was asked if He was a King.  Jesus replied, “I AM.”  Finally, in the closing verses of Revelation, Jesus states “I AM coming soon.” He promised He would.

My Advice – Is He coming for you (to take you home with Him) or is He coming to you (to send you away from Him)?  Right now, to can make that decision for yourself.  When He comes (no man knows when) it will be too late.  You may never have the opportunity again. 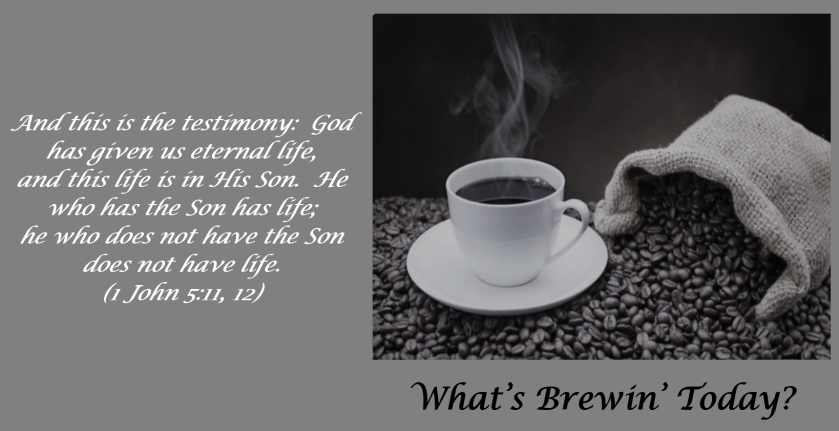 My Musings – Testimony is a solemn declaration by a witness, a firsthand authentication of a fact.  It is not information received from other people that cannot be adequately substantiated.  That would be hearsay, which in a court of law, would be disallowed.  John spent three years being taught (discipled) by Jesus.  He was with Jesus 24/7 for those three years, which certainly put him in a position to see if Jesus’ talk was Jesus’ walk.  He was at the foot of the cross when Jesus died and was able to see the Roman soldiers certify that He was in fact dead.  On more than one occasion he saw and spoke to Jesus after His resurrection from the dead.  In every respect, this is firsthand authentication of the facts.  His testimony was corroborated by other witnesses.  He was imprisoned because of his adherence to his testimony.  Other witnesses were executed.  John likely lived out his days under the same threat of death.  None of these recanted.

In light of all this, John testimony proclaiming that  “he who has the Son has life, he who does not have the Son does not have life,” is more than credible.  It removes any reasonable doubt.

My Advice – Testimony demands a verdict.  Deliberate carefully.  It is an eternal life and death matter.

My Musings – No fine print here.  It is a small word, but it begins the sentence – “if.”  It is not a trap for the unwary, it merely establishes the sentence as a conditional clause.  When the conditions are met, the promise that follows is assured (God cannot lie, He is “faithful and just“).  He not only forgives us, but He purifies us, removing the stain of sin altogether.

Until the conditions are met, however, there is no obligation to fulfill the promise.  Confession must precede forgiveness.  Why would be expect our sins to be forgiven if we do not even admit that we have any?

My Advice – Do not let pride get in the way of forgiveness.

My Musings – He’s watching and listening. Nothing escapes or distracts His attention.  So when things appear to be going amiss, we need to ask ourselves why that might be.  Have we wandered where we do not belong?  Is there something He’s trying to teach us?  Has He got something better planned? It certainly is not because He has not been paying attention.  He is well aware of what’s going on.

My Advice – Maybe its time for us to keep our eyes “on” Him and our ears attentive to His “voice.”  Of course, it’s always time for that.

My Musings – A life of keeping the law is like a chain of various size links representing little laws (though shalt not lie) and big laws (thou halt not murder).  In terms of the results, it matters little which law is not kept (little or big), the chain (our relationship with God) is still broken.

My Advice – Do not count on keeping the chain (relationship) whole by your own efforts.  Rely instead on the effort of Christ. 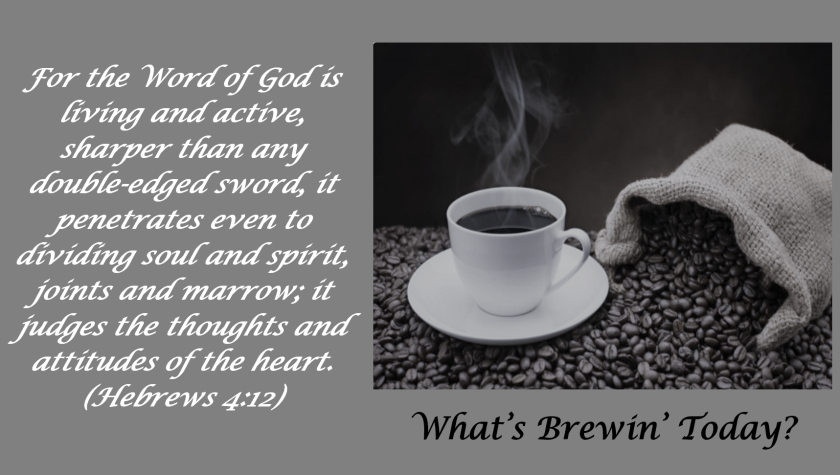 My Musings – In recent years, we’ve heard a lot about litmus test – a test in which a single factor (such as an attitude, event, or fact) is decisive. If there is a God, then His Word (the Bible) should be decisive in all matters of faith, conduct and morality.  It’s a living (not dead or obsolete), active (not deactivated) document.  It can determine the finest points of contention, penetrating to the heart of the matter, exposing what might not be so evident on the surface (inner thoughts and attitudes behind outward words and actions).

My Advice – When the issue to be considered is important, you want resources that are authoritative.  Opinions are a dime a dozen and there are a multitude of self-appointed “authorities.”  Consult the God’s Word on matters great and small in all questions concerning faith, conduct and morality.  It is the only authoritative source document that is above reproach.