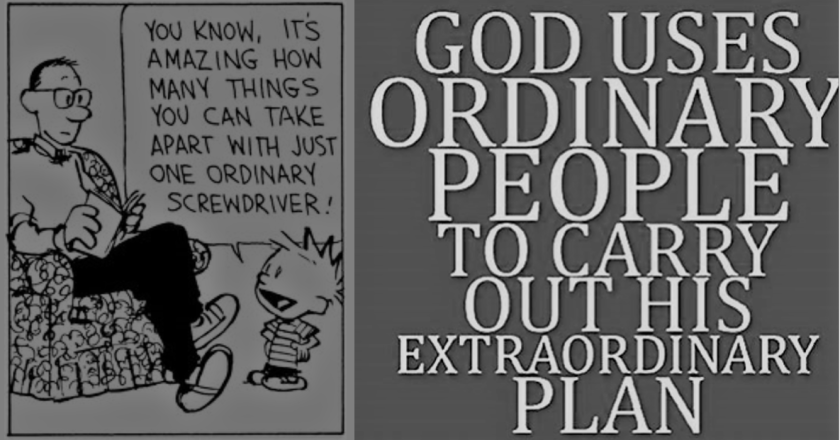 FROM THE MIND OF WEBSTER

• Blessed – to confer prosperity or happiness upon.
• Their – relating to them as objects.
• Future – time yet to come.

Genesis 17:18, 19 – And Abraham said to God, “If only Ishmael might live under your blessing!” Then God said, “Yes, but your wife Sarah will bear you a son, and you will call him Isaac. I will establish my covenant with him as an everlasting covenant for his descendants after him.” (NIV 1984)

Genesis 22:15-18 – The angel of the LORD called to Abraham from heaven a second time and said, “I swear by myself, declares the LORD, that because you have done this and have not withheld your son, your only son, I will surely bless you and make your descendants as numerous as the stars in the sky and as the sand on the seashore. Your descendants will take possession of the cities of their enemies, and through your offspring all nations on earth will be blessed, because you have obeyed me.” (NIV 1984)

Genesis 26:3-5 – For to you [Isaac] and your descendants I will give all these lands and will confirm the oath I swore to your father Abraham. I will make your descendants as numerous as the stars in the sky and will give them all these lands, and through your offspring all nations on earth will be blessed, because Abraham obeyed me and kept my requirements, my commands, my decrees and my laws.” (NIV 1984)

MUSINGS FROM OTHERS – Just before he died, Isaac blessed both Jacob and Esau concerning things yet to come. (Genesis 27:27–29 for Jacob and 27:39–40 for Esau). In both cases the fulfillment would not come until after Isaac’s death. The promised blessing for Jacob included the words, “Let peoples serve you, and nations bow down to you” (Genesis 27:29). It is a work of faith to bless about future things (hoped for and unseen) that may still be hoped for and unseen long after you are gone. When the thing itself does not yet exist and only a promise has been given, faith must rule. For the blessing concerned possession of the land which God had promised to him and his posterity, yet in his lifetime he had nothing in that land but the right to be buried.

MY MUSING – Little is recorded about Isaac, sandwiched between his father Abraham, that man of great faith, and his son Jacob, who became the father of the twelve tribes of Israel. His life got off to an extraordinary start, miraculously born as it were long after his parents were physically capable of having children, and spared from death in his father’s great test of faith. Beyond that, his life seems to be fairly ordinary, as if God had skipped a generation. Yet here he is in Hebrews taking his place alongside other giants of the faith. Why, or perhaps better still, why not? “[T]hink of what you were when you were called. Not many of you were wise by human standards; not many were influential; not many were of noble birth. But God chose the foolish things of the world to shame the wise; God chose the weak things of the world to shame the strong. He chose the lowly things of this world and the despised things—and the things that are not—to nullify the things that are, so that no one may boast before him.” (1 Corinthians 1:26-29, NIV 1978). Oftentimes, he chooses the ordinary to introduce the extraordinary.  Does it seem significant to you that God has ordinary people of faith along with great people of faith on his “honor roll”?

MY ADVICE – Be satisfied with your ordinary calling.  It’s amazing what God can do with just one ordinary person.  If done faithfully to God, it will be extraordinary to Him.

One thought on “When Faith Seems Ordinary”