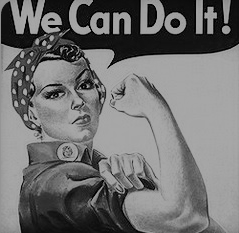 “I have learned how to be content with whatever I have.  I know how to live on almost nothing or with everything. I have learned the secret of living in every situation, whether it is with a full stomach or empty, with plenty or little. For I can do everything through Christ, who gives me strength.”  (Philippians 4:11–13, NLT).

My Musings – “I can do everything through Christ, who gives me strength,” is an often misused text. Paul was not “faster than a speeding arrow, more powerful than a chariot, able to leap tall pyramids in a single bound,” the first century equivalents of speeding bullets, powerful locomotives and tall buildings.  Nor should we expect “powers and abilities far beyond mortal men” in “every situation.”  That would miss the meaning.  The J.B. Phillips translation reads, “I am ready for anything through the strength of the One who lives in me.”  This fits the context very well, as Paul had just related the secret of being content in plenty or in need, whatever the circumstances he found himself in.

Warren Wiersbe writes: turn back to Philippians 2:12–13 and you will see that God cannot work through us until first He works in us.

“Therefore, my dear friends, as you have always obeyed—not only in my presence, but now much more in my absence—continue to work out your salvation with fear and trembling, for it is God who works in you to will and to act according to his good purpose.” (Philippians 2:12-13, NIV 1984).

Wiersbe goes on to say:  If we depend on our own power, we will fail; but if we depend on His strength, we can do all things through Him. This explains why Paul could rejoice even in prison: he had learned the secret of the secure mind through the power of God.

My Advice – If Christ is “through us” and “in us,” then we “can do everything through Christ, who gives [us] strength,” as long as it is “according to his good purpose.” So, no matter the circumstances, be “strong, firm and steadfast.“

Encouragement From A Guest – Edgar Albert Guest that is.

Somebody said that it couldn’t be done
But he with a chuckle replied
That “maybe it couldn’t,” but he would be one
Who wouldn’t say so till he’d tried.

So he buckled right in with the trace of a grin
On his face. If he worried he hid it.
He started to sing as he tackled the thing
That couldn’t be done, and he did it!

Somebody scoffed: “Oh, you’ll never do that;
At least no one ever has done it;”
But he took off his coat and he took off his hat
And the first thing we knew he’d begun it.

With a lift of his chin and a bit of a grin,
Without any doubting or quiddit,
He started to sing as he tackled the thing
That couldn’t be done, and he did it.

But just buckle in with a bit of a grin,
Just take off your coat and go to it;
Just start in to sing as you tackle the thing
That “cannot be done,” and you’ll do it.