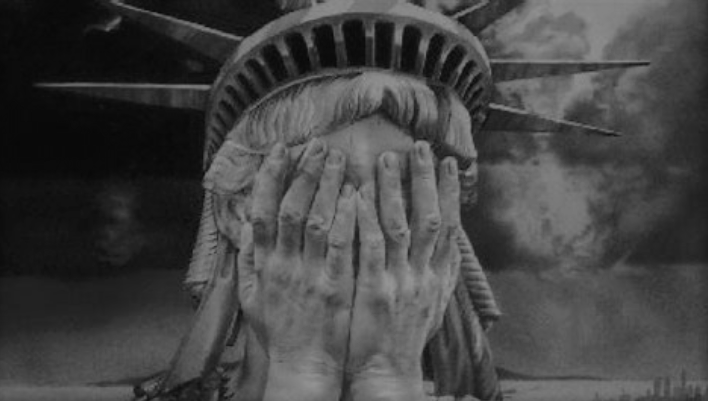 “O America, America, you who ridicule the prophets and reject those sent to you, how often He has longed to gather your children together, as a hen gathers her chicks under her wings, but you were no longer willing. Look, your house is left to you desolate.”  (Matthew 23:37–38, NIV 1984).  My apologies if you find the “corruption” of the scriptures offensive.

My Musings – Once upon a time, there was one nation under God.  A nation whose trust was in God.  A nation that was indivisible.  A shining city upon a hill, with the eyes of all nations upon it.  The one nation that the world had so often looked to for help. In its arrogance it believed it was the one indispensable nation. Certainly true for the century past and assumed to be true for the century to come.

Today, the eyes of all other nations are once again looking upon this nation.  The light that once shone so brightly is growing dim.  Could that glow be the sun setting beyond the hill on this once great nation?  For too long its trust had turned from God to its economic wealth, now crumbling, and its unparalled military might, now unable to protect it from the threat within its own borders.  Has this trust betrayed it?  For too long it has ignored the social and racial divisions and injustices boiling below the surface and now erupting.  Has the house become too divided to stand much longer?  For so many years it had been there to help others, now seemingly unable to help itself.   In danger from becoming both dispensable and desolate.  As Lady Liberty weeps, is Jesus also weeping?

Famed baseball player Yogi Berra is credited with saying, “when you come to a fork in the road, take it.”  Which fork will this nation take?  Will it descend into desolation or rise through revival?