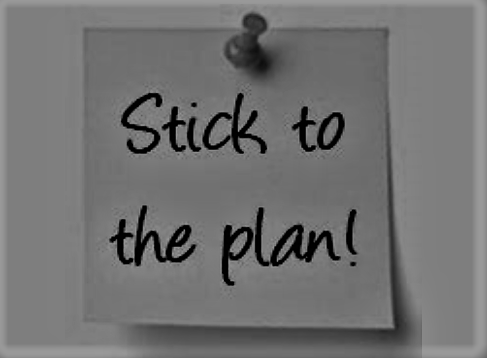 The LORD had said [past tense]to Abram, “Leave your country, your people and your father’s household and go to the land I will show you.”  (Genesis 12:1, NIV 1984).

Terah took his son Abram, his grandson Lot son of Haran, and his daughter-in-law Sarai, the wife of his son Abram, and together they set out from Ur of the Chaldeans to go to Canaan. But when they came to Haran, they settled there. (Genesis 11:31, NIV 1984).

Abram was seventy-five years old when he set out from Haran. He took his wife Sarai, his nephew Lot, all the possessions they had accumulated and the people they had acquired in Haran, and they set out for the land of Canaan, and they arrived there. (Genesis 12:4–5, NIV 1984).

Now there was a famine in the land, and Abram went down to Egypt to live there for a while because the famine was severe.  (Genesis 12:10, NIV 1984).

My Musings – God instructed Abram to “go to the land I will show you.”  Presumably this was Canaan, for once they finally arrived there God told him “to your offspring I will give this land.”  But along the way, “when they came to Haran, they settled there.”  Sometime later, after Terah died, “they set out for the land of Canaan.”  Later still, “there was a famine in the land, and Abram went down to Egypt to live there for a while.”  While in Egypt, fearing for his own safety and relying on his own wisdom rather than on God, Abram deceived Pharaoh into believing Sarai was his sister, which only led to further trouble with Pharaoh and expulsion from Egypt.

My Advice – Sometimes, even though we intend to follow God’s direction, we find things more to our liking (Haran?) and decide that it is better than what God planned for us.  At other times, when in the midst of God’s plan for us (Canaan), the slightest sign of trouble we set to solve our own problems which only takes us outside (Egypt) of God’s plan.  This usually causes grief that we could have avoided is we inquired of and waited on the Lord.  Stick to the plan.