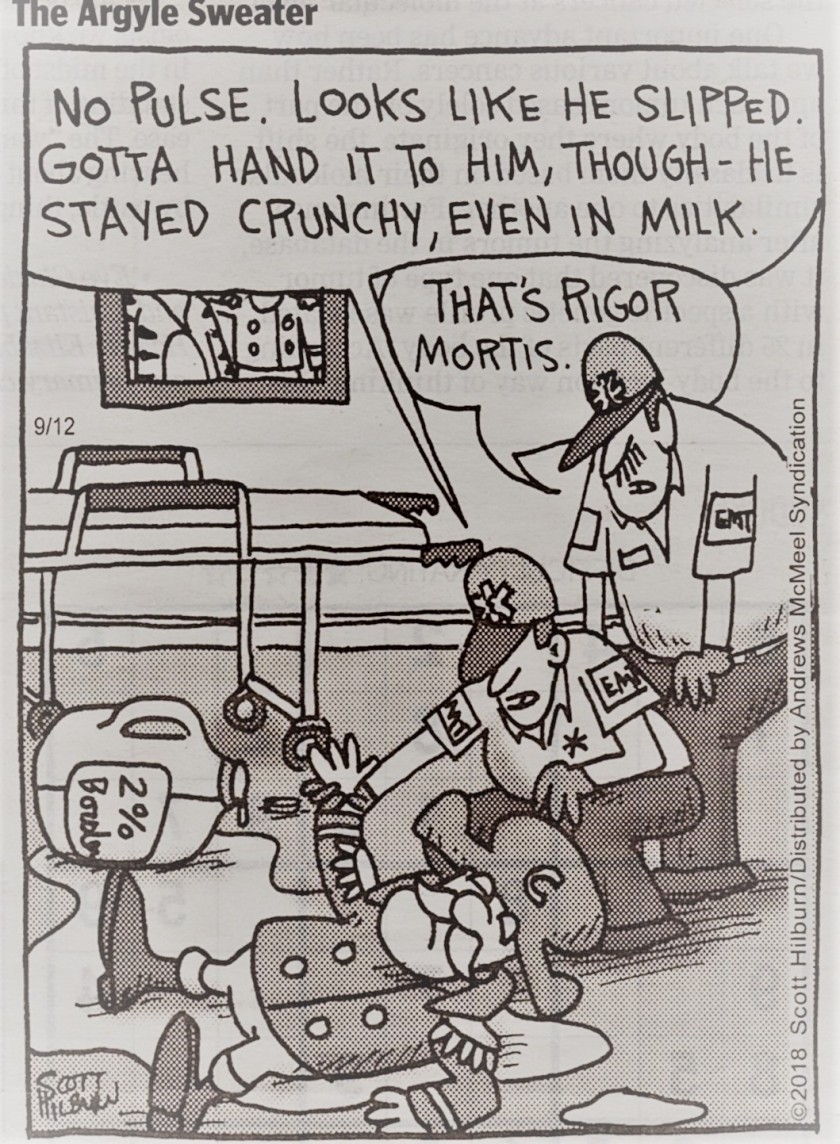 Or possibly the work of a Cereal killer?

James 2:14 -24 – What good is it, my brothers, if a man claims to have faith but has no deeds? Can such faith save him? Suppose a brother or sister is without clothes and daily food. If one of you says to him, “Go, I wish you well; keep warm and well fed,” but does nothing about his physical needs, what good is it? In the same way, faith by itself, if it is not accompanied by action, is dead. But someone will say, “You have faith; I have deeds.” Show me your faith without deeds, and I will show you my faith by what I do. You believe that there is one God. Good! Even the demons believe that—and shudder. You foolish man, do you want evidence that faith without deeds is useless? Was not our ancestor Abraham considered righteous for what he did when he offered his son Isaac on the altar? You see that his faith and his actions were working together, and his faith was made complete by what he did. And the scripture was fulfilled that says, “Abraham believed God, and it was credited to him as righteousness,” and he was called God’s friend. You see that a person is justified by what he does and not by faith alone. (NIV 1984)

My Musings – Early in his post-reformation ministry, Martin Luther referred to the Epistle of James as
“an epistle of straw,” (which he later retracted) due to its apparent contradiction of salvation by grace through faith alone (Ephesians 2:8-9). It is likely that Luther realized, as one commentator states “James did not say that works are essential to faith, or that faith is unimportant. His argument was that works are evidence of faith.”(1)

Ephesians 2:8-, referenced above, clearly states that “it is by grace [we] have been saved through faith…not by works.” These are favorite verses on God’s grace that we all love to quote to emphasize the free gift of salvation that we could never have paid for our own no matter how great the effort. And that is quite true. But if works cannot save us, one might wonder why there is any need to become a servant and do good works. One need not look any further than the very next verse for the answer. Ephesians 2:10 (which few can quote as readily as the previous two verses) states that “we are God’s workmanship, created in Christ Jesus to do good works.” The sequence of these few verses is quite revealing. Grace through faith results in salvation, whereas works are a natural result of salvation (or at least they should be). James takes this thought even further than Paul in James 2:17, “faith by itself, if it is not accompanied by action, is dead.” James is not saying, as some have erroneously concluded, that salvation is the result of grace plus works. Rather, he is saying that a genuine “grace through faith” conversion experience cannot help but result in a change in lifestyle demonstrated by good works. 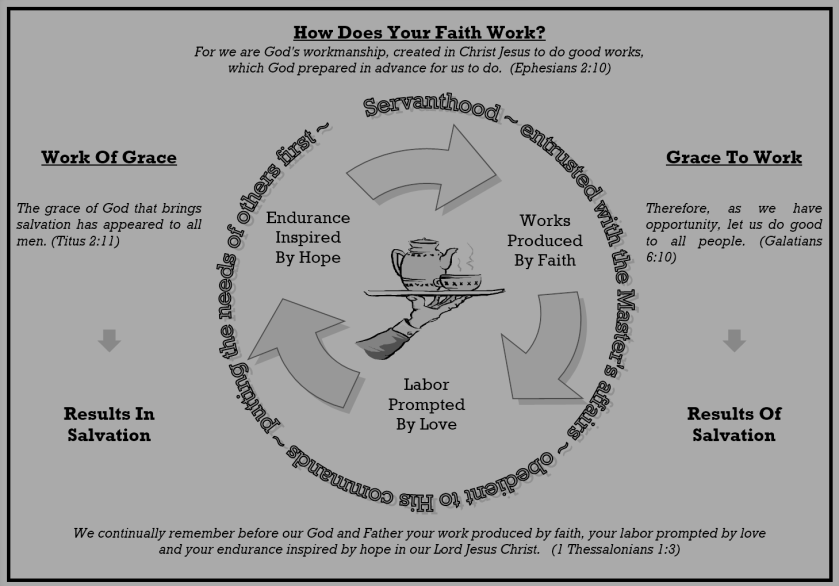 These works are the result of, or rather are “produced by faith” in Jesus. These labors are not born out of obligation, but are “prompted by love” that we have for our Master, our fellow heirs and the lost. Finally, all of this is inspired by our “hope in our Lord Jesus Christ.”

My Advice – Do not confuse the event (justification) that is by grace alone, with the process (sanctification) of God’s workmanship in us to do good works. It is not grace and works (not essential to salvation), it is grace then works (but is evidence of salvation).

One thought on “A Rigor Mortis Faith”