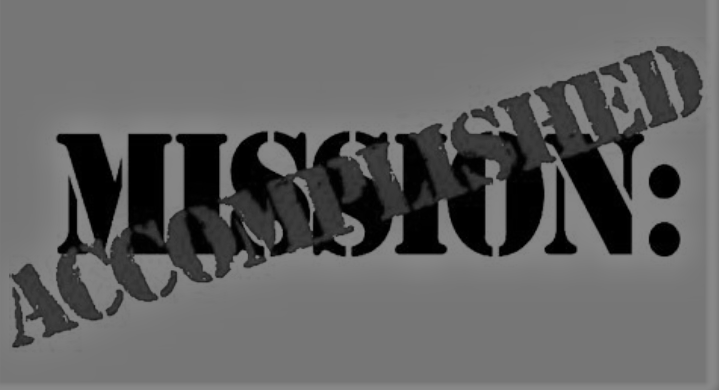 My Musings – Let’s take just a brief look at this “weightier” testimony that Jesus is speaking about.

The works that the Father has given me to finish – A lot to do, and a short time (roughly three years) to finish them. Culminating in His greatest work, dying for our sins. Yet even before the nails were driven into His hands and feet, before the spear was thrust into His side, before being laid in a borrowed tomb and even before the stone was rolled away, Jesus spoke of it as a fait accompli.  “Father, the time has come.  I have brought you glory on earth by completing the work you gave me to do.”  (John 17:1, 4, NIV 1984).

And which I am doing – Turned water into wine.  Healed the lame.  Gave sight to the blind. Fed five thousand.  Walked on water.  Raised Lazarus from the dead.  “Jesus did many other things as well. If every one of them were written down, I suppose that even the whole world would not have room for the books that would be written.”  (John 21:25, NIV 1984).  “But these are written that you may believe that Jesus is the Christ, the Son of God, and that by believing you may have life in his name.”  (John 20:30–31, NIV 1984).

My Advice – “A jar of wine vinegar was there, so they soaked a sponge in it, put the sponge on a stalk of the hyssop plant, and lifted it to Jesus’ lips. When he had received the drink, Jesus said, ‘It is finished.’ With that, he bowed his head and gave up his spirit.”  (John 19:29–30, NIV 1984).  He gave up His spirit for us.  All He asks is for us to surrender our lives to Him.  All we have to do is believe the weightier testimony.