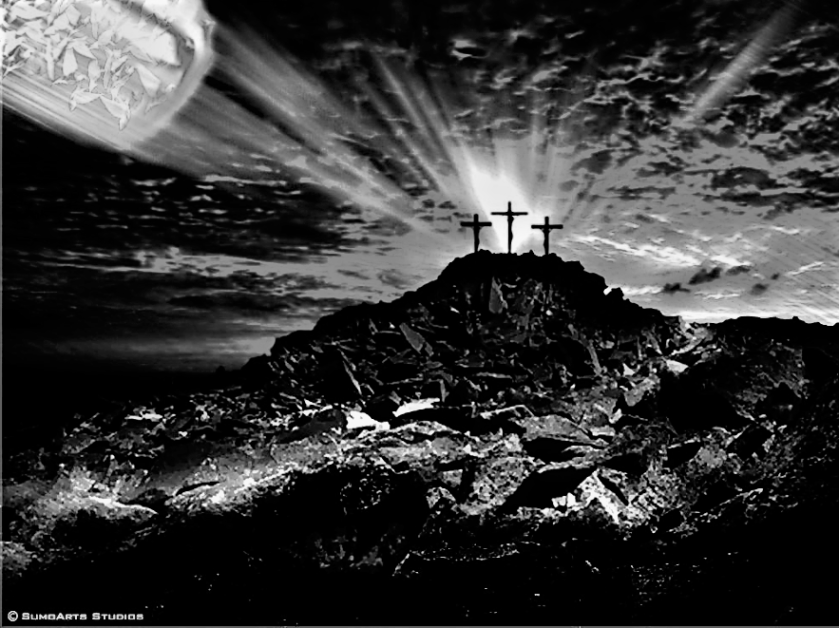 They bound the hands of Jesus in the garden where He prayed. They led Him thro’ the streets in shame. They spat upon the Savior so pure and free from sin. They said, “Crucify Him; He’s to blame.” He could have called ten thousand angels To destroy the world and set Him free. He could have called ten thousand angels, But He died alone, for you and me. (Ten Thousand Angels by Ray Overholt).

My Musings – He would not have needed any angels at all to stop the crucifixion. The Word that spoke the universe into existence (“without him nothing was made that has been made”) would only have needed to say a new word and unmade everything, saving Himself from the anguish of the cross.  He had the authority, but He didn’t use it.  No one could take His life from Him by force, but He willingly laid it down.

My Advice – After what He willingly did for us, why would we not willingly surrender our lives to Him?  If you have not yet done so, you can right now.